He was born in L’Aquila on March 4th, 1945, at the dawn of a new outlook on life just after the end of World War II: the desire of being there, free, open, with projects of joy-filled hearts. He’s the first born, child of that love that is setting the groundwork for the future, that love that doesn’t fear anything, because everything is there, ready for him. The Italy of Arts is waking up in those same years. From De Chirico to Guttuso, from Fontana to Burri: it’s that air that he’s breathing, between Rome and his land of origin, places between which his parents travel back and forth, eventually setting their roots in the Capital.

Determination and generosity of spirit are constants in his family life, the north star of his education, and it’s the Roman environment between via della Vite and Piazza di Spagna that offers Giovanni the opportunity to attend the workshops of roman school masters, from via Borgognona to via Margutta, from via del Babuino to Trinità de’ Monti, from Trevi Fountain to Piazza Navona, right there in downtown Rome where he lived since the early 70s. His father is his mentor in the universe of the language of colours, of the theories and its laws.

The natural instincts of drawing show up in a quite surprising way in his early childhood, his favourite tools being the pencil, crayons and chalk. He’s so strongly attracted to drawing that not even the famous snow storm in 1956 that paralyzed the whole city of Rome, prevented the 11-year-old Giovanni to attend his classes at the Bernini school, riding his old bicycle through streets and hills! In 1960, at the opening ceremony on august 25th of the XVII Olympic games stadium, he gives life to one of his first charcoal drawings.

He acquires the techniques of painting from examples set by painters such as Jean Bartò, Giovanni Misurale, Guglielmo Morresi, Ilia Peikov, Niklàvs Strunke, and with the painter and set designer Nino Talozzi he observes the artist at work during the roman summer nights at the Opera theatre in Caracalla. Even now he still carefully keeps the paintings received in that context.

In his young years, it’s not only Rome to be for Giovanni the source of his early dreams of art, but also L’Aquila where he was born, incidentally in via Roma, and where he’s always gone back to spend his summer holidays at his maternal grandmother’s. L’Aquila, people-oriented city of arts, educated and quiet, has its own importance and value in the artistic and human education, he lives there remarkable cultural moments with some of the most important contemporary art exhibitions in Europe; from Lucio Fontana, Corrado Cagli, Alberto Burri, to the anthological Renè Magritte. For the good skills shown as he attended the technical laboratories during his high school graduation process, the Technical Institute E. Fermi in Rome made him laboratory assistant. In his following artistic contacts with the Vatican, Giovanni, every day more and more present in the detailed analysis of the art of painting and aware that drawing is an essential component of his art, attends a full drawing course held by the Prof. Gaspare de Fiore, made even more precious by the interviews to such masters as Carlo Bertelli, Bruno Cassinari, Achille Castiglione, Federico Fellini, Salvatore Fiume, Emilio Greco, Silverio Pisu, Domenico Purificato, Umberto Tirelli and Riccardo Tommasi Ferroni.

In the studio of piazza Trilussa in Trastevere with the painter Giuseppe Caracciolo, Giovanni devotes a significant period of his life to pursuing a real and poetic study of portrait with a particular attention to the technique of sanguine. Drawing, painting and architecture have become the most important passions for him and in the 80s, together with the painter Mario Rosati, he designs a Mediterranean-style villa on via Casilina in Rome.

In the 90s, he takes part in the foundation of the cultural association in the neighbourhood with the painter Franco Massimi, the first painting school which has among its students, his mother Linda and his son Roberto, realizing a big murals in the Cervelletta park; the painting school will receive John Paul II, during his visit to the church of S.Bernadette Soubirus on decembre 16th, 1990, and during that event the Holy Father affirms that he will always keep at heart a place for artists.

He also cooperates with some coworkers, such as Francesco Crocoli, Alfonso Agovino, Pamela Squarta, Mario Sarbia, to start a painting workshop; the several exhibitions organized in Italy and abroad, with the precious experience and collaboration of Salvatore Colantuoni, in charge of “Alitalia for Art“, have an incredible success with numerous visitors and exceptional guests among which some of the most famous contemporary painters such as Rinaldo Geleng, that lives through the works of Giovanni the surreal compositions of Ilia Peikov, Marco Di Francesco, Giuliano Geleng, Aldo Riso, Placido Scandurra and Antonio Vangelli who strongly incites to love art with real passion.

Those who love art are worthy of painting their whole life and Giovanni loves art for sure, but his most relevant characteristic is his total generosity, that empathy towards the world that permeates all his composition; his portraits of people, whether they’ve been dear to his heart forever or never met in his life if not in a photograph, are gifts for the heart of those who ask for a memory. There’s no wish of showing a particular personal technical skill or a research for characterization, not even the will of highlighting a particular trait or an eccentric feature. There’s only a homage to the essence of the person, to their particular and unique way of taking part in the world, in the absolute certainty though that the “veil of the face” can’t never cloud over what beats, unchanged and the same, in everyone’s heart.

Take a picture of the QR Code and 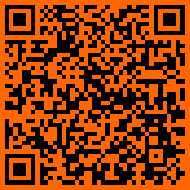 brings the Art with you!

We use cookies to ensure that we give you the best experience on our website. If you continue to use this site we will assume that you are happy with it.Ok